Michael Bolton grew up in New Haven and has made it his mission to help heal the hurt that some kids have experienced.

Bolton struggled as an artist and musician for 20 years before he had a hit, during that time he was also trying to also raise three children.

He said it was hard, he and his family got eviction notices and they fought to keep all together.

When he found success, he knew he'd find a way to give back. And he is with a program called "Beyond Trauma." It's helping kids heal and find new hope through music.

The journey to that "better place" begins in this little music room, at new horizons school in new haven.

"When you're feeling stress or worked up and you can come here, you get really lost into playing and it just gets you in a better place," said Kiara Moore.

It's part of the Michael Bolton Charities music therapy program called 'Beyond Trauma: Healing Through Music.'

"It's given them a way to express themselves, what they've seen, what they feel, a way out and it gives them this positive perception on life that they did not have," said Bolton.

Some students have been victims of domestic violence, others have witnessed violence or experienced some kind of trauma, loss or the grief of losing a loved one.

"We're talking about domestic violence and people growing up and living around extreme violence -- its is a very serious form of PTSD. Music is allowing these kids to become engaged and allows them to speak in a way that they have never been able to," said Bolton.

Music therapist Cyd Slotoroff says some students sing, others learn and play instruments or write and perform raps. But whatever the format it all promotes healing, happiness and hope.

"Music is powerful and it's flexible, so that I can meet the kids wherever they are. Some kids will share things they've never shared before," said Slotoroff.

"It changed a lot for me... before I get fired up… she say 'come here play some music'... by the time I leave I forget what I was mad about. It just erase everything. I just git my mind to the music...everything ward of, the madness whatever the problem is, then I just go back to class and do what I do," said Anton Hall.

'With some kids we'll do a lot of playing and not as much talking... and look at feeling sheet... so they learn to identify their feelings... and they say wow... I can change what's going on with me."

"There is great hope and there are great efforts being made and now there are great breakthroughs we are excited about. There's something that feels profoundly right about it," said Bolton.

Bolton said his charity is also working to create a family justice center in New Haven to offer support, shelter, counseling and legal help to victims of domestic violence.

When Fathers Say 'No More' to Domestic Violence and Sexual Assault

Because fathers have a special role in their children's lives, they also have a remarkable opportunity to share lessons that can influence and impact their sons and daughters in significant and enduring ways. But how many of us have actually taken time to sit with our sons and daughters to discuss a subject of tremendous consequence -- how to have healthy relationships?

Proudly, I join fathers around the country today in urging dads to have serious and substantive conversations with their sons and daughters, not only about the perils of drugs and alcohol or the importance of education, but about what it means to have healthy relationships.

Too often, we see the horrific results of the mistreatment of women and children on the evening news and in crime statistics. Every 15 seconds, a woman is abused by her partner. Nearly three out of every four Americans knows someone personally who is or has been a victim of domestic violence. Sex trafficking -- especially of young children -- is increasing at alarming rates across our country. And while we stand tall and proud with those men and women who have served and continue to serve in our military, we have seen even those institutions shaken by the scourge of sexual assault -- 26,000 members of the Armed Forces were sexually assaulted in just one year.

For two decades, The Michael Bolton Charities has been dedicated to responding to the needs of children and women at risk. It has been encouraging and inspiring to be joined in this effort by people who believe, as I do, that we must end the cycle of domestic violence and the lasting damage it inflicts on our families and our communities. Providing effective responses that offer real, life-changing opportunities is at the heart of our work, and our commitment has not wavered.

It has been estimated that as many as 10 million children witness assaults by one parent against another each year. We recognize that domestic violence places children, as well as women, in harm's way. Our determined efforts continue across the country, most notably in Connecticut and Nevada, where visionary leaders and everyday citizens are coming together to advance effective strategies, legislation and solutions that work, and that matter.

For all of these reasons, I support a new initiative called NO MORE. It aims to get men talking about these serious issues. New data from a NO MORE survey, sponsored by the Avon Foundation for Women, shows that on this subject, fathers have been virtually silent. Three out of four men nationwide say they have not talked about domestic violence or sexual assault with their children. And so, as fathers, we can wait no more. We must all begin the conversation, close to home, with each of our children. As fathers, we must continue the conversation with leaders in business and our government. And, as fathers, we must fully engage with our educational system so boys can be taught in the developmental stages that you can never be a real man and be violent with a woman.

As fathers, we must fight to keep VAWA (Violence Against Women Act) fully funded and declare war on human trafficking in our country and everywhere it exists. We need to evolve in our perception and treatment of young women everywhere. It is important to say, free of ambiguity or hesitation, that violence and abuse, power and control, are never acceptable. That's precisely where dads come in. I am firmly convinced that we can cause a chain reaction of hope if our children hear directly from us precisely why healthy relationships must be a priority. Every day. Every night. In every way.

Such a conversation may be difficult to start. here are resources to help, and they are included at www.michaelboltoncharities.com and www.nomore.org. Your involvement has never been more meaningful, or more necessary.

As the son of marvelous parents, the father of three daughters and the grandfather to two magnificent granddaughters, I am very fortunate. Yet, the magnitude of this issue surrounds me every day.

This Father's Day can be remembered as the day when we fathers turned a collective corner, reducing domestic violence and sexual abuse to an aberration, not an everyday occurrence. Together, we can articulate NO MORE through conversations started, voices raised and actions taken. By doing so, this will truly be a Father's Day worthy of every father and every child because the greatest gift we can offer our children on their fathers' day is the ability to have and sustain healthy, mature relationships, built on respect and trust. 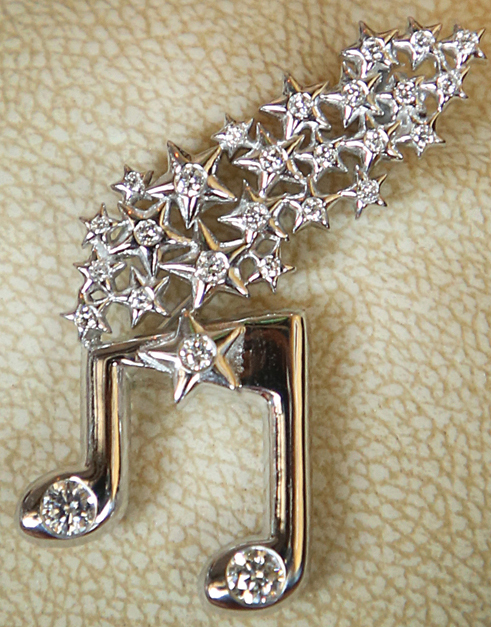